If you’re a developer, you must be familiar with the concept of version control. It’s a system that records changes to a file or set of files over time so that you can recall specific versions later.

But what if you could have a version control system for your local files? A system that lets you keep track of the changes every time you save a file. And a system that lets you go back to a previous version of a file if you want to. All of this without having to set up a Git repository?

That’s where VS Code’s “Timeline” feature comes into play that I’ve never paid attention to until now.

You can find it under the Timeline tab in the Explorer pane. Here’s how it looks like. 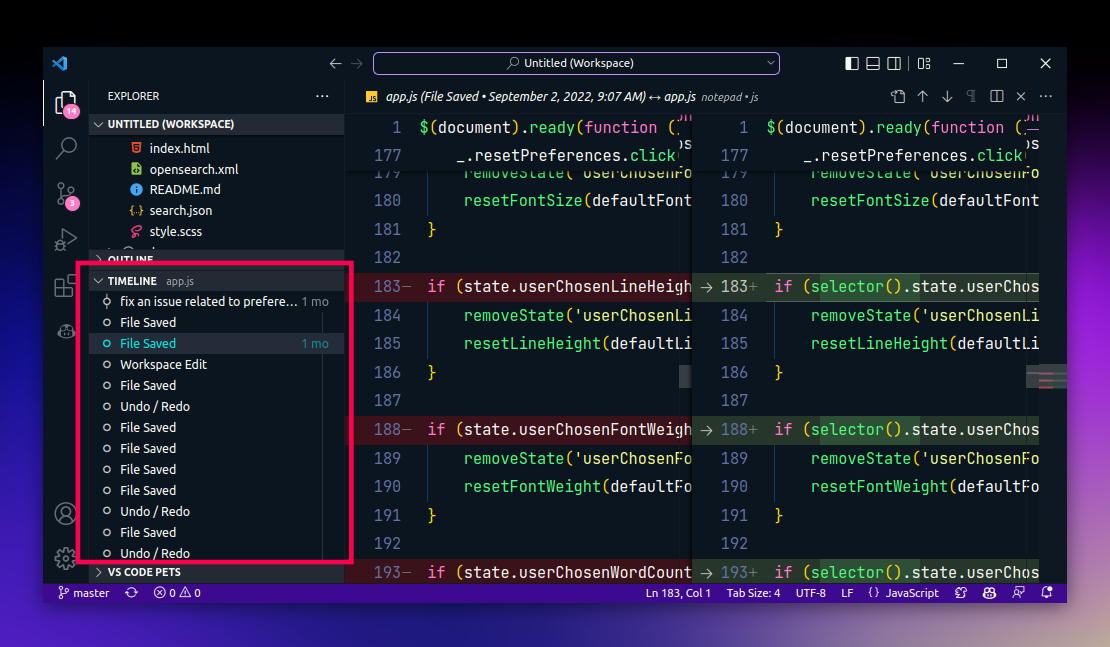 As you can tell, when you expand the “Timeline” tab, you can see the list of snapshots (taken on saving the file) you made to that particular file. You can also see the changes you made (diff) to a file by clicking on the snapshot just like you do in the Source Control tab.

When you hover over a snapshot, you can see the date and time when the snapshot was taken which is pretty useful.

All in all, the “Timeline” feature is a great way to keep track of those files that you don’t want to commit to Git such as environment files. And it can definitely save you from a lot of trouble if you ever need to revert back to a previous version of a file in case you messed up something!

Prefer video format instead? Fret not!

Previous: Encrypting and decrypting environment files in Laravel 9.x Next: The new json_validate() function in PHP 8.3

More in "VS Code"